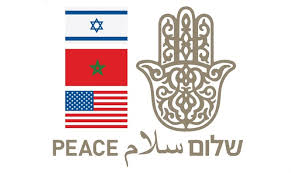 Beforehand he served for twenty-five years with Israel Government. In 1994 prior to his position in the Ministry of Finance, Mr. Catarivas established the Middle East Department within the Foreign Trade Administration at the Ministry of Industry, Trade, and Labour.

He served as a Chairman of the Trade Committee of the Multilateral Economic Negotiations (REDWG) that were part of the peace negotiations.

Dan Catarivas has just been elected last month as President of Israel- European Union Chamber of Commerce and Industry.

He was for several years Special Advisor to UNESCO Director-General and was previously a diplomatic advisor to Lord Russell Johnston, President of the Parliamentary Assembly of the Council of Europe (PACE). In 2007, Abe Radkin was invited to head a new initiative supported by the French Foundation for the Memory of the Shoah, which was launched in 2009 by French President Jacques Chirac, German Chancellor Gerhard Schroeder, King Mohammed VI of Morocco, and several other leaders to bring together civil society leaders from Europe and the Arab world to fight violent extremism, racism, and antisemitism, and promote Holocaust education as a basis for intercultural rapprochement.

The organization, Project Aladdin, is an official partner of UNESCO.