Preparing For the New Year 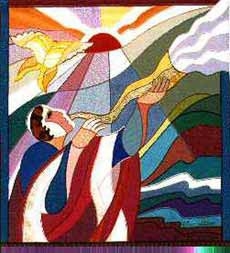 Described by H.R.H. The Prince of Wales as “a light unto this nation” and by former British Prime Minister Tony Blair as “an intellectual giant”, Rabbi Sacks z'l was a frequent and sought-after contributor to radio, television and the press both in Britain and around the world. Since stepping down as the Chief Rabbi of the United Hebrew Congregations of the Commonwealth – a position he served for 22 years between 1991 and 2013 – Rabbi Sacks z'l has held a number of professorships at several academic institutions including Yeshiva University, New York University and King’s College London.

Rabbi Sacks z'l has been awarded 18 honorary doctorates including a Doctor of Divinity conferred to mark his first ten years in office as Chief Rabbi, by the then Archbishop of Canterbury, Lord Carey.

Rosh Hashana is a time for significant initiatives. As such, it is an opportunity for us to recreate ourselves, to return to a relationship with God, to strengthen our ties to our faith..

Bear this in mind: the all-embracing theme of Rosh Hashana and Yom Kippur is "change:" to change from what we were before and to become new individuals