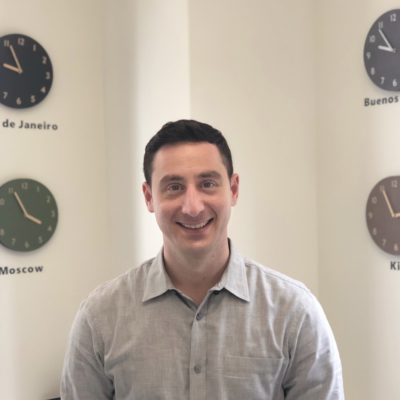 International travel and cross-cultural immersion have come to define his professional life.

In 2012, He accepted an entry-level position at Hillel International, the largest Jewish organization in the world for college students. At the time, he was stapling papers and drafting speeches rather than jumping on flights to South America or Eastern Europe at a moment’s notice.

While working his way up to become the youngest Vice President in Hillel International’s 95-year history, he has had the opportunity to impact virtually every aspect of the organization. traveled more than 300,000 miles, collaborating with politicians, businessmen, and professionals across sixteen countries.

He has negotiated in Hebrew, coached staff members in Spanish, and deciphered Cyrillic in convoluted ruble-based budgets.

He also has led teams of professionals twice his age and directly managed relationships with Hillel's most vital stakeholders, translating analytics into digestible proposals that yielded millions of dollars in fundraising.